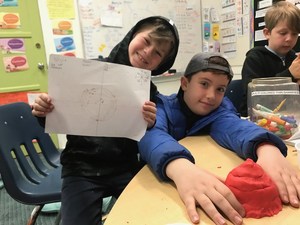 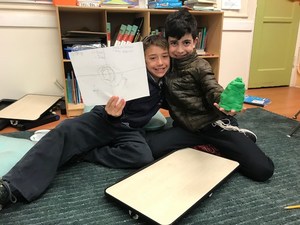 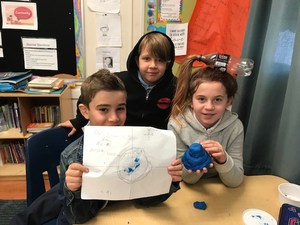 Students Make Earth Maps
The line of inquiry we are exploring is: mapping Earth's life giving form. In groups, students were given play dough and asked to make a mountain. They then had to cut their mountain into four sections and trace the bottom of each section, creating a topographic map of the mountain.
When they were finished creating their map, they switched maps with another group. They then had to build the mountain according to the topographic map they were given.
The students were enthusiastic and creative when presented with this challenge and became inquirers and thinkers to figure out how to make a mountain according to a map, and vise versa!